Opening of the new baggage hall with arrival area

Further towards the future

With the opening of the new baggage hall with arrival area, Memmingen Airport took an important step towards the future. At the opening event, Bavaria’s Transport Minister Kerstin Schreyer praised the commitment of southern Germany’s largest low-cost airport.

“It is quite impressive how successfully Allgäu Airport Memmingen has developed since the start of passenger flight operations in 2007. The airport established itself from the start,” explained Kerstin Schreyer, who was the guest of honor at the opening event.

“With the inauguration of the new hall with baggage handling and arrival area, the airport is making an important contribution to greater comfort, safety and security for its passengers. In my view, this is the right approach to make mobility attractive and sustainable. The Free State was happy to support this investment.”

Although the Corona pandemic last year also left its mark on Memmingen Airport, the signs here point to continued growth in the long term. “The summer holidays in particular have shown us,” explained Airport Managing Director Ralf Schmid, “that the desire to travel and meet people remains unbroken.”

It was therefore necessary to adapt the infrastructure to the increasing number of passengers. The increased capacities at baggage control and reclaim as well as at the immigration checkpoints will reduce waiting times in the future. In addition, passengers will find it easier to keep the necessary distance in a larger area. A new hall with a floor space of around 2,300 square meters, which can handle up to 2,000 passengers per hour, was built in a 19-month construction period.

It is part of an extensive modernization project, the starting signal for which was given exactly three years ago when Bavaria’s Prime Minister Markus Söder broke ground on October 5, 2018. The airport has invested around three million euros in the new building, as well as in new baggage handling systems and the necessary control technology. The Free State of Bavaria has funded these investments with around 70 percent. In future, passengers from non-Schengen countries can be checked at five entry checkpoints on ten lines. The new baggage hall with arrivals area is already equipped for further growth. This is because additional traffic areas for passengers can be created on a second floor that has already been prepared.

Founding shareholder Gerhard Pfeifer also praised the new building as an important step into the future. Pfeifer recently took over as chairman of the Supervisory Board of Flughafen Memmingen GmbH. The Günzburg District Administrator Dr. Hans Reichhart was elected as his deputy. 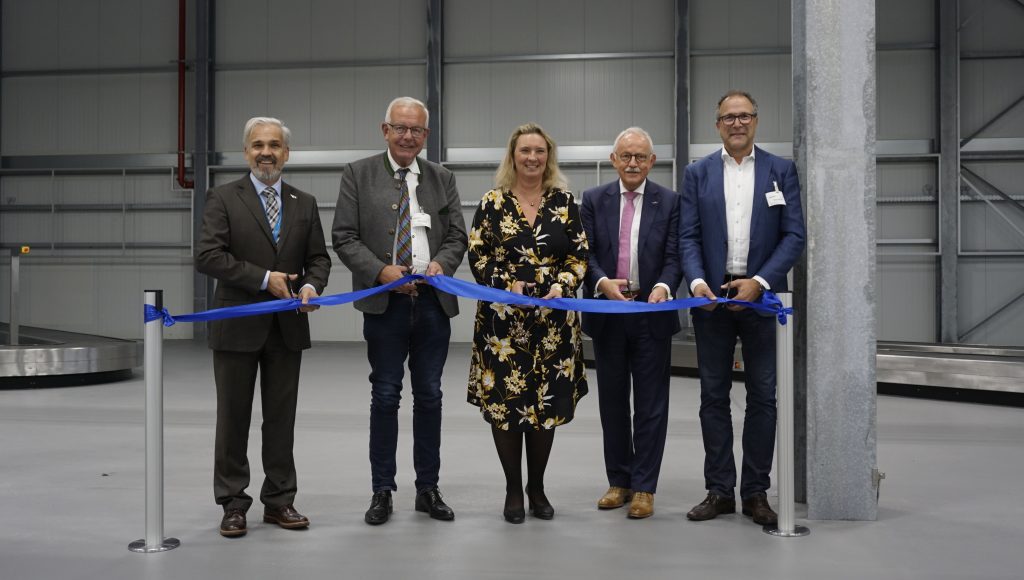