A huge surprise waited for Martine Pedersen when she got off her plane from Sibiu to Memmingen. The 23 year old student from Austria happened to be the 2 Millionth passenger to arrive in Memmingen with the airline Wizz Air, after 9 years of operating at the Bavarian airport.

Andras Rado, Corporate Communications Manager of Wizz Air, was happy to celebrate the milestone and thanked the German passengers for their loyalty during the last nine years. Wizz Air is the largest Low Cost Airline in Central and Eastern Europe and is growing rapidly with on overall of 104 aircrafts and 44 destinations.

“Wizz Air and Memmingen Airport – it’s an absolute story of success.” says Ralf Schmid, Managing Director of Memmingen Airport. Because of the cooperation with the Hungarian Airline, the Airport developed to an important hub for nonstop and inexpensive flights to Eastern Europe in Southern Germany.

Andras Rado also had a present for Ralf Schmid and the Airport: A new route to Pristina, capital of Kosovo. Beginning the 30th of October, Wizz Air will connect Memmingen each Tuesday, Thursday and Saturday with the political and economic center of the country. Tickets available now on Wizzair.com. 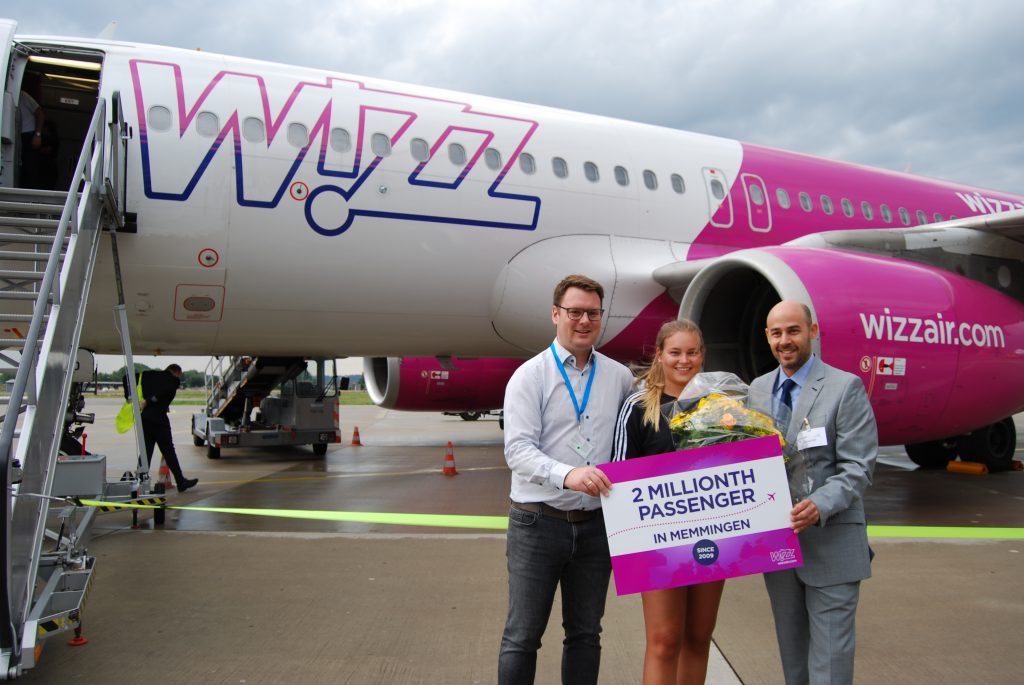